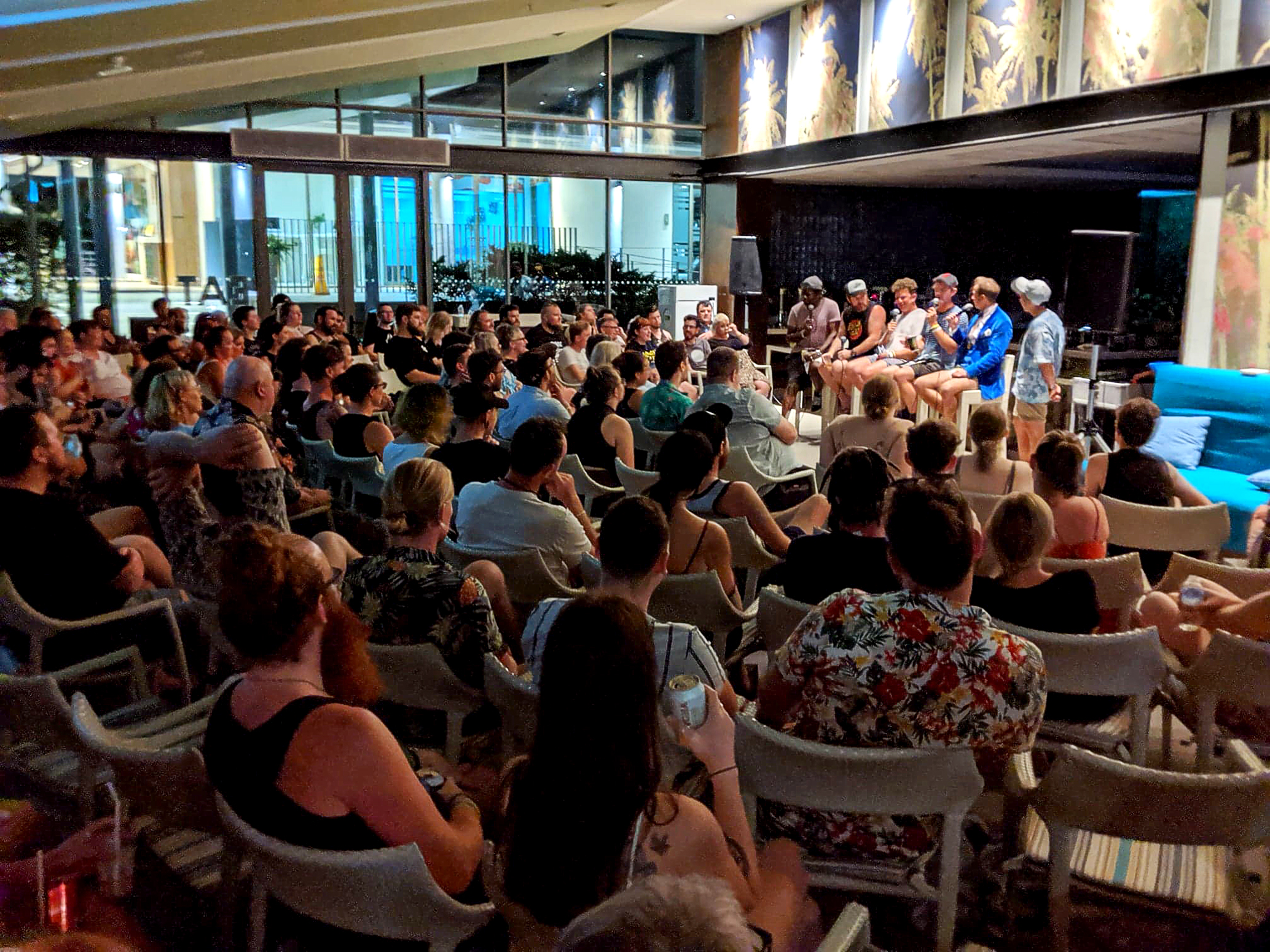 This is it: the last ever episode live from the Koh Samui International Podcast Festival! We wrap up the previous days fun run and partake in some bible study in Serbia, before welcoming NICK CAPPER, who's just celebrated his one year anniversary with his girlfriend. NICK CODY tells us the other side of Brett Blake's recent drunken plane flight, STEPHEN K AMOS has some beef to settle with Karl, and OLIVER CLARK accepts his medal from the fun run in very gracious and humble style. PLUS a bumper Talking Dum Dum with some plans for future hijinx and a new online feud!